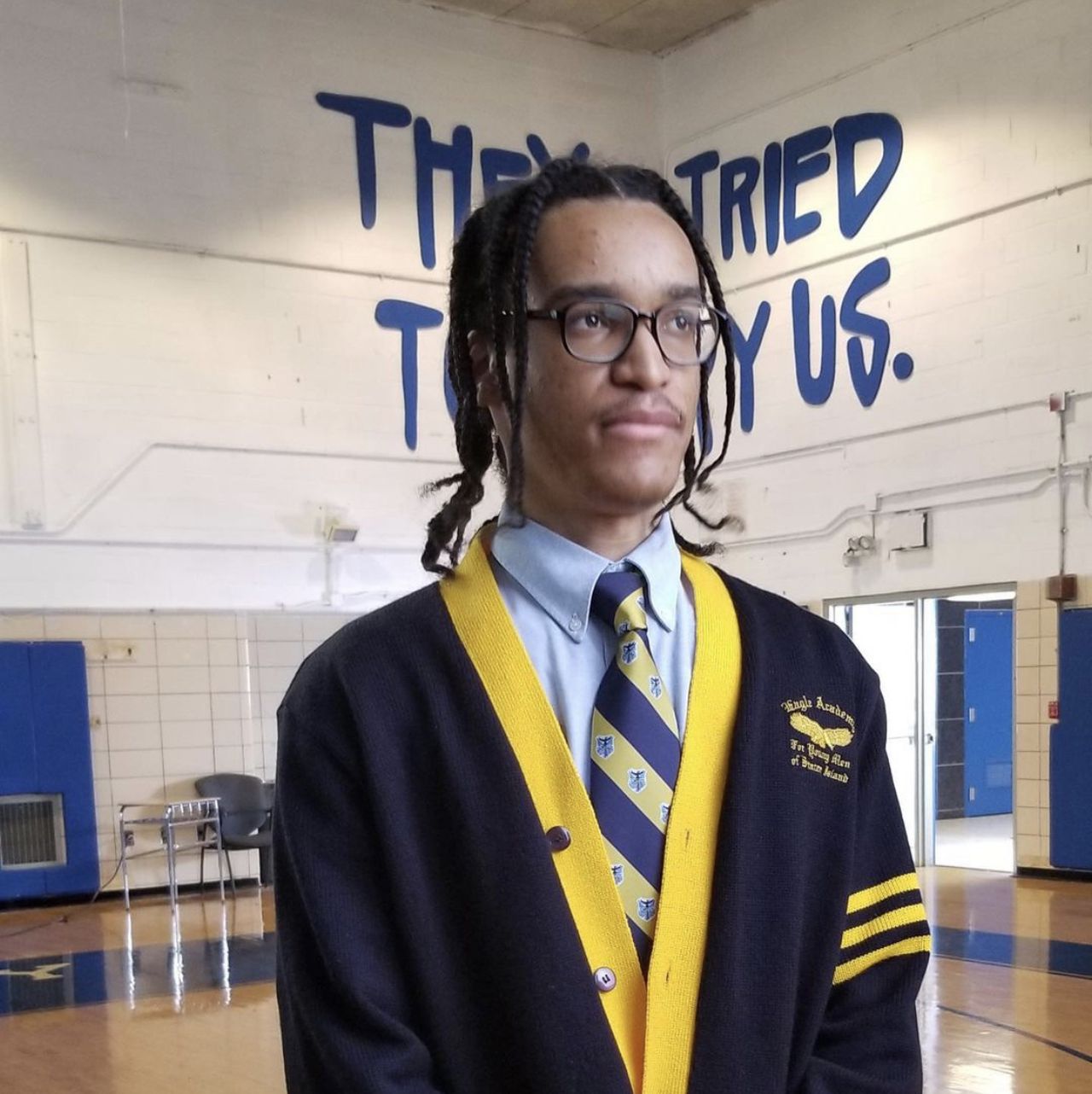 By Jenelle Callender | Blog | No Comments

The Eagle Academy Foundation is pleased to dedicate our inaugural blog post to the winners of the Fund II Foundation’s Black History in Two Minutes Essay Contest. Eagle scholars were tasked with watching all of the episodes of Black History in Two Minutes, the groundbreaking and award-winning series conceptualized by billionaire investor and philanthropist, Robert F. Smith, who was interviewed by our own Eagle Ambassadors on the weekly #EagleUpFridays Virtual Town Hall. Mr. Smith is the Founding Director of the Fund II Foundation, and a supporter of the programming implemented throughout the network of Eagle Academies. The Virtual Town Hall provided a rare opportunity for Eagle scholars to converse with such an iconic figure who is invested in their education and success. 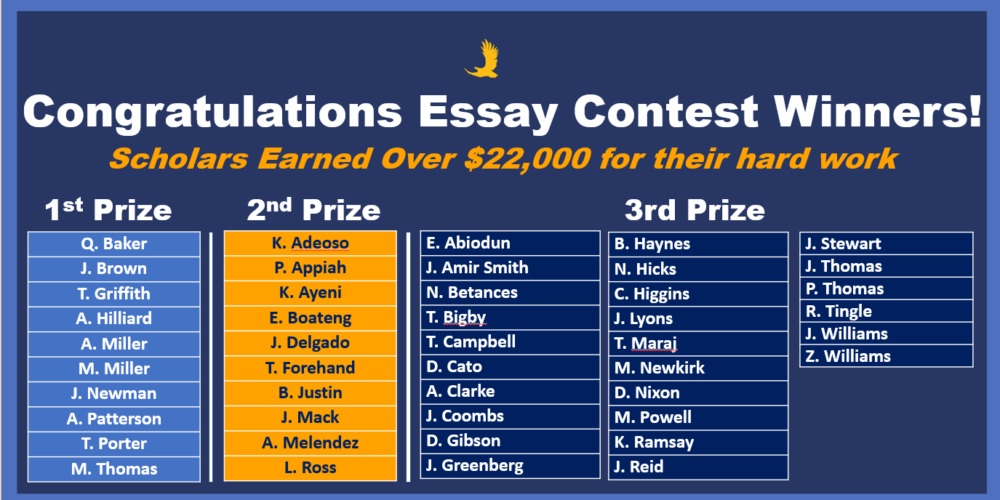 Scholars spent Black History Month watching the series and subsequently wrote essays about what they learned and how the series resonated with them. One of the first-place winners, Quincy Baker, currently a senior at Eagle Academy Staten Island, is an impressive student, budding track & field star, and is currently getting ready to graduate this June. We took a moment to interview Quincy and learn how watching the riveting and informative series impacted him and his future plans.

*Note: Quincy’s answers have been slightly edited in the interest of length and clarity.

Question: You mentioned in your essay that you have a great deal of admiration for Booker T. Washington and what the series highlighted about him and the challenges he faced. What was it like watching the Black History in Two Minutes series?

Answer: It was a very eye-opening experience. I got to see and learn about events that I had never heard about before in school, like the Red Summer and the Freedmen’s Bank. It was very enlightening and inspirational watching it.

Question: There tends to be a range of emotions that people go through when watching the series. What would you say was the strongest emotion you felt while watching?

Answer: The strongest emotion I felt was empowerment – to see what my ancestors had gone through, and their ability to drive history despite their circumstances. I felt empowered and uplifted learning what they were able to do.

Question: Yes – empowering Eagle scholars is a fundamental philosophy of Eagle. You stated in your essay that Black History should be celebrated every month, not just in February. How do you feel you can contribute to this becoming a reality?

Answer: I feel like I can contribute by inspiring my peers and the youth that will come after me. They shouldn’t neglect our history nor let our ancestors’ pain be in vain. It’s important for us to fight for a better world and keep that work going.

Question: What has your experience at Eagle Academy been like? Also – what house are you in at Eagle, and how has that impacted your thinking?

Answer: Since we’re a small school, I feel like the staff and educators have been really attentive and focused on our success. I’ve also bonded really well with my fellow classmates. As a member of Mahatma Ghandi house at Eagle Staten Island, the quote that we live by is “Be the change that you wish to see in the world”. I really appreciate that quote because I want to be a force for change. I plan to eventually work in policy writing to help revamp the judicial system from within.

We’ve extracted the following excerpt from Quincy’s winning essay, which is a testament to his commitment to the change of which he speaks:

“From watching videos on individuals like Booker T. Washington, Ida B. Wells, and W.E.B. DuBois I learned the value of staying resilient to your dreams and ideas while not letting other people control your drive. Booker T. Washington suffered tremendous criticism for his public ideologies and was seen as leading African Americans in the wrong direction, but he also did work behind the scenes towards his ultimate goal. Ida B. Wells fought through death threats, actions of violence, and even driven out of Memphis in order to deliver the truth about the treatment of black people through her journalism. W.E.B. Du Bois used photographic exhibits to portray the progress and perspective of the lives of African Americans and help spark movement. Every one of these heroes had hardships that they had to deal with, but that didn’t stop them from getting their messages across, it didn’t stop their pursuit for change, and they didn’t let anyone change their minds about it.”

In addition to being a standout Eagle Academy student, Quincy Baker is also a Fellow in the My Brother’s Keeper Program established under President Barack Obama. He has been accepted at Howard University where he’ll enroll this fall with the intention to study political science.